Houses are becoming more airtight as we try to make our homes more energy efficient. Without a good source of fresh air in your home, condensation and mould problems start to arise which can cause problems to your health and home.

There is nothing more frustrating than spending time, money and effort keeping your home in perfect condition only to be rewarded by the appearance of mould. Unfortunately, mould can appear in any room of the house, it’s not just a problem exclusiveh to bathrooms it can appear around window frames, behind furniture, on mattresses, walls, floors, ceilings and doors. It can even find its way into your wardrobe and on to your clothing, shoes and bags!

Apart from being unsightly and ruining your decor, there is growing evidence to suggest that it is also bad for your health. It can cause headaches, breathing difficulties as well as nausea and fatigue. What’s more, mould is a recognised allergen and irritant, it has also been identified as a trigger for respiratory problems such as Asthma.

The good news is that one of the most common causes of mould is condensation dampness, a problem which affects lots of homes in the Ireland. Surprisingly, it is easy to resolve once you have identified the problem. 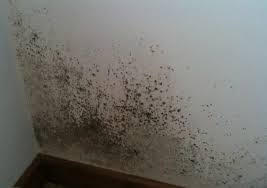 The Mr Venty ECO2 Loft or wall unit for apartments or flats is an energy efficient whole house ventilation unit, designed to control condensation within homes with a loft space. The Mr Venty unit gently ventilates the home from a central position on the landing in a house or the central hallway in a bungalow to transform a stagnant and stale atmosphere into a fresh, healthy and condensation free environment.

Ask for Advice or Free Quote

We use cookies on our website to give you the most relevant experience by remembering your preferences and repeat visits. By clicking “Accept All”, you consent to the use of ALL the cookies. However, you may visit "Cookie Settings" to provide a controlled consent.
Cookie SettingsAccept All
Manage consent

This website uses cookies to improve your experience while you navigate through the website. Out of these, the cookies that are categorized as necessary are stored on your browser as they are essential for the working of basic functionalities of the website. We also use third-party cookies that help us analyze and understand how you use this website. These cookies will be stored in your browser only with your consent. You also have the option to opt-out of these cookies. But opting out of some of these cookies may affect your browsing experience.
Necessary Always Enabled
Necessary cookies are absolutely essential for the website to function properly. These cookies ensure basic functionalities and security features of the website, anonymously.
Functional
Functional cookies help to perform certain functionalities like sharing the content of the website on social media platforms, collect feedbacks, and other third-party features.
Performance
Performance cookies are used to understand and analyze the key performance indexes of the website which helps in delivering a better user experience for the visitors.
Analytics
Analytical cookies are used to understand how visitors interact with the website. These cookies help provide information on metrics the number of visitors, bounce rate, traffic source, etc.
Advertisement
Advertisement cookies are used to provide visitors with relevant ads and marketing campaigns. These cookies track visitors across websites and collect information to provide customized ads.
Others
Other uncategorized cookies are those that are being analyzed and have not been classified into a category as yet.
SAVE & ACCEPT